With a growing focus on ensuring inclusion is high on the agenda for research, CRN North Thames (NT) has formed an Equality,  Diversity and Inclusion (EDI) panel.

The EDI panel is NT’s ‘inclusivity team.’ The group has been formed to generate, support, guide and promote the development and implementation of EDI initiatives, placing EDI at the centre of all we do.

The team aims to encourage an inclusive environment where everyone feels they belong. As well as making NT a better place to work, it is hoped that EDI initiatives reach beyond our central workforce, to our stakeholders and the communities we serve.

We spoke to two of the new panel’s members, to understand more about what the panel will do and what it means for NT research, as well as learning more about the people behind the programme. 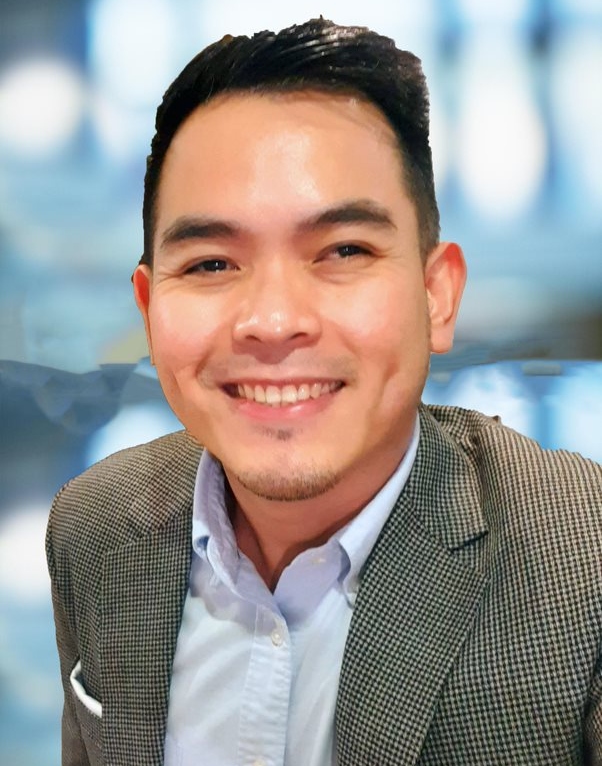 Harry is currently a Research Delivery Support Manager for North Thames, though in his words, he is “a nurse by heart and background.”

In his NT role, Harry acts as a cross-divisional facilitator, identifying points of synergy across internal divisions, to improve systems and ways of working.

In addition to nursing, Harry has experience as an educator, and uses his training in ‘enabling people’ to help develop the team. Having emigrated to England in 2008, he is now a naturalised British citizen, which he feels gives him valuable insight into some of the potential barriers to inclusivity. He says:

“I believe in the importance of different perspectives in developing an inclusive view on the issues that matter, and hopefully my background and identity will contribute to that effort in the network.

“Being EDI lead involves helping to define what we really mean by inclusivity in our professional lives. For me, it’s about bringing diversity to the forefront and developing inclusive practices to capitalise on it as a positive force for change. One powerful adage I came across is - ‘Diversity is a fact; inclusivity is an act’. I think that sums up the relationship beautifully.” 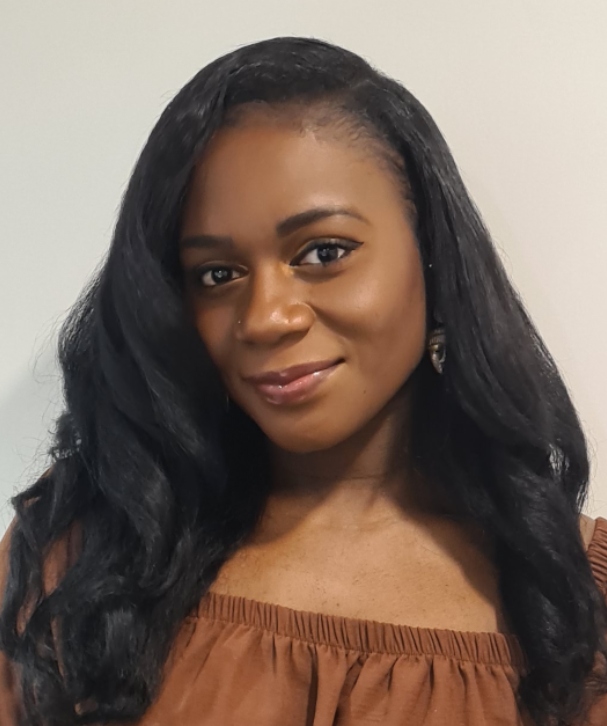 Chidi has been in research for more than nine years and now holds the role of Community Research Practitioner (CRP) as part of the NT agile workforce.

As a CRP, Chidi already helps to promote access, equality and equity for underserved communities in research. Chidi was born in Nigeria and moved to London as a six-year-old. She enjoys sharing her previous experiences with her NT colleagues and is proud of her Igbo/Nigerian culture. She says:

“My role in the agile team involves helping to facilitate and deliver research in the community, with a focus on engaging those from underserved groups to participate in research more wholly. The diversity of people involved in delivering and participating in clinical studies should reflect those in the population affected by the health topic being researched. I want to encourage researchers to consider the individual needs of each participant and seek out the participant’s voice.

“This draws parallel to the aims I have for EDI in our NT core team. I am passionate about reducing bias and discrimination based on an individual’s or group’s characteristics within research but am also an advocate for this in the workplace.

“For me, it’s about creating a safe space for people to be their genuine selves at work. It involves creating equal opportunity for everyone and working together to eliminate barriers that underrepresented groups can face. I want to help celebrate our individual differences and promote those, because everyone has important contributions to make. I believe that the workplace should foster an environment where the workforce has a sense of value and self-empowerment.”

The importance of EDI

“EDI is a movement that is gaining momentum. Says Harry. “Recent world events are shaping our world views as a society and as enablers of research with patients and as professionals, we need to join in making our world a better place.

Sadly, Chidi can speak of personal experiences which demonstrate the importance of inclusivity at work. She explained:

“In the past, I have encountered microaggressions in the workplace. As a black woman, I often felt misunderstood and not listened to and it made me feel unmotivated, unhappy and undervalued. In the past, colleagues and I tried to have a conversation with senior leaders about our feelings; but the responses were tokenistic initiatives, and I felt they were paying lip service to suggestions with no real follow-through. Unfortunately, and maybe inevitably, this had a negative impact on my quality of work and affected the rapport I had with the senior leaders.

“I believe employees need to feel and perceive authentic equality and fairness of opportunity in their workplace and that at the very least, people are willing to listen. EDI work is extremely important in facilitating that. The more supported individuals feel, the happier and more motivated they will feel and in turn, productivity and innovation in the workplace will increase.

The North Thames population of workforce, researchers and patients is a melting pot of cultures, backgrounds and experiences, which are naturally complex. Harry says:

“The immediate reaction might be to avoid the issues and do what’s comfortable or familiar, but we can’t simply rely on antiquated or static views. There are resources within NIHR, such as the EDI toolkit and the Research Equality Framework that show the direction of movement from the organisation. From our host trust Barts, we also have the ‘We Belong’ campaign. I’d be keen to see what is also happening on other parts of the NT patch.

“EDI is important for NT and NIHR because of all its stakeholders. The NIHR has such a diverse workforce providing services to diverse settings and ultimately, trying to cater to a diverse population. By capturing, celebrating and promoting the EDI initiative, we can use our increased awareness to really engage with our stakeholders. This can translate into inclusive work practices, better research metrics, better designed studies and ultimately, better patient care.”

“North Thames is a vast and very diverse multicultural area, which is beautiful and inspiring. The pandemic, though, highlighted the real-life effects of health inequalities associated with age, race, and ethnicity in the UK. Research has shown that several groups, such as  minority ethnic and LGBTQ+ groups, have lower inclusion in research, but have a higher healthcare burden – often not met  by research designed for such groups.

“By reaching out, having conversations with these groups to find out about their needs and how we can help them participate more fully in clinical research, then we can start to address these health inequalities.

“EDI in the workplace needs genuine buy-in from senior leaders and management, but it’s also imperative that employees understand their own personal roles and responsibilities in embedding EDI in their day-to-day work and interaction with others.”

The first step in forming the panel was to establish a working group. Harry and Chidi asked for expressions of interest and the first meeting took place this month.

“We initially discussed our terms of reference,” explains Chidi. “This gave direction to the EDI initiative so that we could adopt goals, visions and ideas and plan our next steps.”

Harry adds: “Next, we will identify specific action points both internally (within the NT core team) and for the wider NT community. The working principles are also guided by our different stakeholders, such as Barts (our host organisation) and NIHR.”

The NIHR has recently released several initiatives to promote EDI in research. For the workforce, systems and processes, the NIHR has released the Race Equality Framework.

“I’d strongly recommend that managers and leaders in the field of clinical research engage in the document to see how this can be embedded in their own workplace,” says Harry.

“The EDI toolkit is another initiative by the NIHR through the Research Design Service, which can support producers and designers of research studies. This resonates too, with the NIHR patient and public involvement initiatives. By engaging with these key documents and training, we are hopeful they will promote more EDI-aware clinical research across the region.

Looking to the future

Chidi: “This won’t be easy, but we do need to start and discover more creative ways to collaborate with our NT community. There is so much richness of diversity within NT and so much we can all learn from each other.

“It may sound naive but wouldn’t a world that celebrates diversity be a world that is more accepting and kind? Nevertheless, we have a collective approach in our EDI group, so my view is just one of those that will be contributing to a crystallised strategy for our EDI team.”

Harry: “This is definitely a marathon, not a sprint and we will need to engage with our key stakeholders to make this aspiration a reality.

“Initially, I’d like to bring about simple but impactful changes in the way we conduct our business as the core team. The next stage is to look at our practices with partner organisations and how we can align the different EDI initiatives from the trust and from NIHR, so that it translates to the whole network. Ultimately, I hope that this effort will also translate in the way we conduct research with our patients.

“The final measure of success is when we have created a culture within NT where identities are valued, world views are heard and acknowledged, and practices are equitable; then we have met what we set out to do.”